From China only for the health of the world external treatment of Chinese medicine: five combined extoxification pain relief therapy 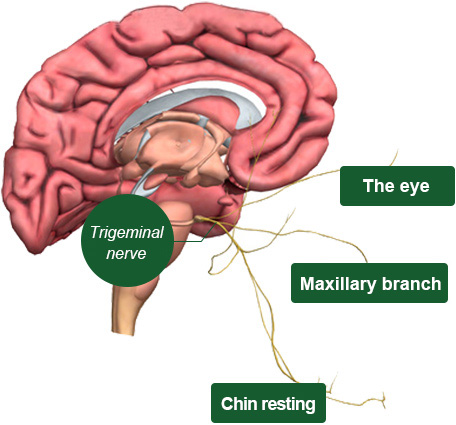 Trigeminal neuralgia and traces of after herpes zoster neuralgia was is listed as one of ten secondary pain, are now difficult to treat intractable disease (pain), herpes zoster neuralgia after herpes zoster is heals, remaining in the body with a virus ganglia and peripheral nerve and residual pain, common in chest waist, abdomen, waist pain symptoms about 40 kinds of common symptom has the fire burning pain, tingling, itching, pain, cutting pain, tearing pain, tight beam pain, ant line pain, tenderness, pain, insect bites, such as pain, pain and foreign body sensation and temperature are abnormal, etc. Many patients dare not touch the diseased part of the disease, after the touch causes severe pain, so that many patients suffer from torture, the long-term incurable pain led to some patients have suicidal thoughts, with the "immortal cancer" reputation. The majority of patients with these two diseases are the elderly aged 4-50 years and above, and the incidence of these two diseases has been on the rise in recent years.

The five combination of removing poison and removing pain therapy, which is treated with traditional Chinese medicine, is used to remove symptoms in 1-8 times for most patients, and more than 10 times for a few patients. In severe cases, additional times will also improve or remove symptoms. (bandable site only) current capped treatment to allow more long-term unhealed patients to relieve the pain as soon as possible. Herpes zoster treatment in the majority of patients will remove symptoms 1-3 times, a small number of patients will remove symptoms 3-8 times. Treatment times must be in the case of strict compliance with the contraindications, which would extend the treatment times.
Operation method :
Use image to scan equipment to locate first, circle with special marker the place that ache is located (a variety of ache, itch, foreign body feels, temperature feels abnormal area), use special dermal needle to prick next the black herpes zoster toxin that sucks out inside (or other silt is poisonous etc.) come out, use potion and medicaments, wipe on medicaments and medicaments bind up.
Treatment of disease :
Herpes zoster, postherpetic neuralgia, no rash type postherpetic neuralgia, undiagnosed skin neuralgia or foreign body sensation or abnormal temperature sensitivity, trigeminal neuralgia, gout, leg cramps, etc.
Matters needing attention :
Pain or foreign body sensation symptoms in the eyes, intracranial, intestinal, larynx and other patients, or have a recent liver and kidney lung transplantation, hematopoietic dysfunction, heart failure, liver cirrhosis late and other serious physical discomfort, should not use this method